Politics is not my thing but when politicians’ votes affect my food is when I want to do my part to help turn the tide.

Last week the House of Representatives voted for H.R. 1599,the Safe and Accurate Food Labeling Act of 2015 (better known as the DARK – Deny Americans the Right to Know- Act) a bill that will prohibit State’s rights to require mandatory labeling of foods that contain Genetically Modified ingredients. This means that the states, like Vermont, and individual counties that have banned GMO crops from their jurisdictions will not be able to enforce them due to Federal law overrides.

GMO crops  (such as corn, soy, canola and sugar beets)  are in many of our processed foods and have been connected to a host of chronic illnesses, including cancer.  If you want the assurance of knowing exactly what is in your food and that it is free of harmful, engineered pesticides, help to stop H.R. 1599 by contacting your Senators here.

An organization that you can support that is working very hard to help get GMO products labeled is the Organic consumers Association.  Contact them to learn more about GMOs and how you can help get GMOs labeled.

Driving GMOs and Monsanto’s Roundup off the Market

Since genetically engineered (GE) crops, foods, and animal drugs were brazenly forced onto the market in 1994 by Monsanto and the FDA, with neither pre-market safety testing nor labels required, consumers and small farmers worldwide have mobilized to ban, label, or boycott these controversial “Frankenfoods.”

In the European Union (EU), where mandatory labeling laws are in effect, little or no GMO crops or food are on the market (except for imported GMO animal feed). In addition to banning GMOs, a growing number of countries, including El Salvador and Sri Lanka, have begun to ban the use of Monsanto’s Roundup. 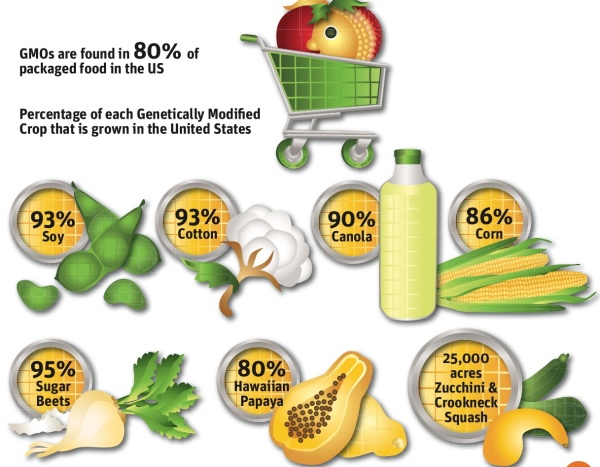 This  toxic herbicide is sprayed heavily on 84 percent of all GMO crops, and increasingly applied as a pre-harvest desiccant, or drying agent, on scores of other non-GMO crops including wheat, rice, beans, potatoes, barley, oats, flax, peas, lentils, and sugar cane.

Even in the US where 168 million acres of GE crops are under cultivation (including 90 percent or more of all corn, soy, cotton, canola, and sugar beets), survey after survey has shown that Americans, especially mothers and parents of small children, are either suspicious of, or alarmed by, unlabeled GMOs.

This is understandable given the toxic track records of the chemical companies pushing this technology (Monsanto, Dow, Syngenta, Dupont, BASF, and Bayer), as well as the mounting scientific evidence that these controversial foods and crops—and the toxic herbicides and insecticides sprayed on them or laced into their cells—severely damage or kill birds, bees, butterflies, lab rats, farm animals, and humans.

Currently US regulatory agencies, in sharp contrast to Europe, rely on industry’s own indentured scientists to determine whether GMOs—and the toxic chemicals, pesticides, and fertilizers that accompany their use—are “safe” for human health, animals, the environment, and the climate.

Meanwhile mass media journalists and food industry representatives monotonously regurgitate Monsanto’s dangerous mantra: Genetically engineered foods and crops are just as safe as “conventional” foods and crops, and there is no “mainstream scientific evidence” that GMOs are dangerous.

Polls consistently indicate that 90 percent of Americans want to know whether or not their food has been genetically engineered, even though massive lobbying and advertising by the GMO lobby has prevented labeling laws from passing at the federal level and in most US states.

The notable exceptions are mandatory GMO fish labels in Alaska (passed in 2005) and mandatory food labels in Vermont (passed in 2014). In addition nine counties in the US have banned the cultivation of GMOs.

Stimulating demands for GMO labeling or bans, the prestigious IARC (International Agency for Research on Cancer) of the World Health Organization published a report3 in March 2015 declaring that Monsanto’s Roundup herbicide (active agent glyphosate), sprayed heavily on 84 percent of all GMO crops (including soy, corn, cotton, canola, and sugar beets) is a “probable carcinogen.”

After reviewing 44 scientific studies, half of the IARC panel thought that that glyphosate should be classified as a Group 1 “known carcinogen,” with the other half opting for a Group 2 “probable carcinogen” rating.

Given the fact that new peer-reviewed studies damning glyphosate are being published nearly every week, the IARC may very well reclassify glyphosate as a “known carcinogen” in the near future.

Also please consider making a donation to the Organic Consumers Association. Your donation today will help us support GMO labeling efforts in New England, including Maine and Massachusetts.

The best way to avoid GMOs is to eat organic foods of all kinds and stay away from non-organic, processed foods.

Christine Hunt is a Wellness Coach and Certified EFT Practitioner and has found that working with the whole person by combining mind/body work, dietary adjustments and movement provides her clients with the tools they need to lose weight (and keep it off), get relief from chronic illness and positively transform their lives.  Contact her for a free, 15 minute consultation to learn why what she does works when other methods have failed.

Christine works with her clients in person, by Skype or phone.  So, if you live away from the Annapolis, Maryland area, she can still work with you.

Ten Tips to Lighten Up the Holiday Blues